A lovely experience in Mahshar city that was a starting point for Piramoon Architects to get involved to tourism projects.

The target rank was a 3-star hotel, but the investor was unable to continue the project because of some ownership problems of the land which belonged to the government. It was a part of a series of incentives that the government of Iran used to offer in order to attract tourists by establishing new facilities throughout the country.

The climate is very hot and humid with a long summer, so the site and the building planned respecting passive design fundamentals along with detailed requirements for a 3-star hotel. 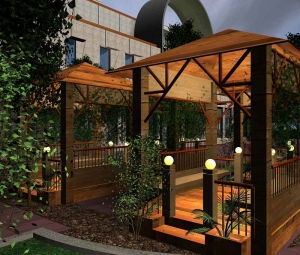